As we walk through the tall grass, we are surrounded by sheep grazing lazily in the afternoon sun. A patch of Black Wood forest appears on the horizon. We scale a fence surrounding the tree line.

Suddenly a gaping vertical-hole stares us in the face. To prevent it from swallowing man or beast, a solid steel grid protects the vertical shaft. A small trap door allows access. So small that I have to take my camera bag off and let it through separately. A steel ladder leaning at 12 degrees from the vertical takes as 6 meters below to the cave entrance. It is cool down here as we enter the cave and the light starts to drop off. I can see condensate forming from exhaling against the light falling from above.

I start to prep my camera gear in the narrow entrance. In 1990 I got trapped for a few hours in a narrow cave passage in north-eastern South Africa (Brooklands depression) and a sense of panic momentarily revisits, but I shed it to make way for the excitement that lies ahead. My 94-year old guide, Kelvin Smibert, leads the way. A large 20-ton limestone boulder lines the ceiling, suspended between the darker cave walls. It looks unstable. I ask my guide and he says it is ready to tumble at any moment. I say, I don't think its going to happen today.

Around the first corner is turns dusk. As I lift my LED torch to the right, the cave wall comes alive with a panel of ancient rock art. My breath is taken away, a kind of Howard Carter moment. I realise I am looking back in time, a very distant time. The petroglyphs, as these ancient rock carvings are known, only exist in a handful places on earth.

Earlier work by Anthropologist in the caves surrounding Mt Gambier put the rock art in the middle Holocene period which takes us back to around 11,700 years before present. That makes the petroglyphs three times as old as the Egyptian pyramids. The petroglyphs include only designs devoid of ‘figurative’ elements, consisting of circles and lines. We will probably never know their true meaning or age, but they are most likely associated with spiritual interpretations by the peoples of this time.

As we move into the dark of the cave the petroglyphs disappears and make way for modern day graffiti consisting of initials and last names dating between 1890 and 1949. A skeleton of a Kangaroo lines a side passage. As we come to the end of the cave another smaller passage leads down to the water table and we turn around to ascend back into the light. 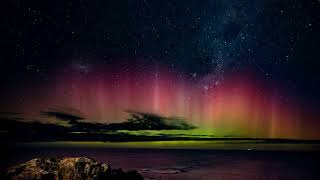